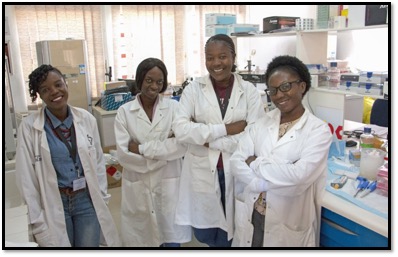 Malaria nearly killed Mulenga Mwenda-Chimfwembe several times throughout her childhood. Now, she devotes her career as a scientist at PATH to fighting it. For the first nine years of Mulenga Mwenda-Chimfwembe’s life, she had malaria every Christmas. Her mother would carry her to the hospital from their home in Mkushi, a rural district in central Zambia. She made the hour-long journey on foot, sometimes walking at night—a dangerous time for women to travel.

“It got to the point where my mother would rather we just stay in the hospital than go home,” Mulenga says. “Because every time we went home, by the evening or the next day I would have a high fever again.” She faced severe complications from the disease, including anemia and seizures. She knew a lot of other children who also had malaria. Many of them died or suffered permanent brain damage.