The PATH to the World’s First Malaria Vaccine 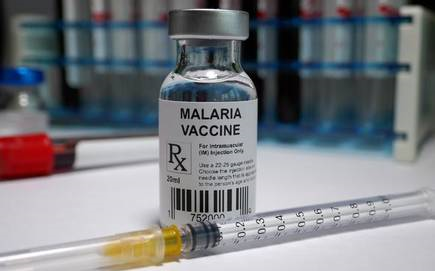 In January, Malaria Partners International representatives Frank Boosman, Charley Dickey, Bill Feldt, Jim Moore, and Sala Sweet met with PATH at their headquarters in Seattle for an afternoon of presentations focused on the path forward for the malaria vaccine RTS,S. In the fight against polio, we’re now down to just three endemic countries, and leaders are hopeful we can get to just two in the near future. Malaria is, however, far more challenging. Polio has no vector, whereas malaria has the Anopheles genus of mosquito. And we have polio vaccines with 95-99% effectiveness, whereas we have had none for malaria. 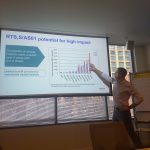 The good news is that we may see malaria vaccines coming online in the 2020s, starting with RTS,S/AS01  also known simply as RTS,S or by its trade name of Mosquirix (in development by Glaxo Smith Kline for over 30 years) as soon as 2021, depending on final WHO approval. It’s important to note, though, that malaria vaccines will be very different from what most people think of when they think of vaccines: multiple doses will be required, and they won’t provide complete immunity but will instead reduce incidence—in the case of RTS,S by 30–40%. Malaria vaccines will initially be targeted at the most vulnerable populations, primarily children under the age of 5.

For the foreseeable future, malaria vaccines will not be “fire and forget”. We won’t be able to simply vaccinate a child and move on. The vaccines only reduce the incidence of malaria, not eliminate it, so we will need to do all the things we do today to reduce the burden of malaria in the field. Vaccines will need to be part of integrated malaria control programs, along with insecticide-treated nets (ITNs), indoor residual spraying (IRS), community health workers (CHWs), seasonal malaria chemoprevention (SMC), attractive targeted sugar baits (ATSBs), various forms of vector control, and so on. Integrated control programs are something of our specialty at Malaria Partners International, so we believe that the advent of vaccines will mean even more opportunities for us to do good in sub-Saharan Africa.

PATH’s Malaria Vaccine Initiative (MVI) is currently working with WHO, national governments, and other organizations on RTS,S pilot projects in Malawi, Ghana, and Kenya. Over 100,000 children have received vaccine to date, with a target of vaccinating approximately 1 million children by 2022. Data from the pilots will inform a WHO policy decision on whether to recommend deployment of RTS,S more widely, which could come sometime between 2021-2023. If this decision is made, national immunization programs will, for the first time, need to be coordinated closely with national malaria programs responsible for deploying integrated control programs. These types of programs are what Malaria Partners International works to implement, most recently in the Copperbelt province of Zambia. We see an opportunity for PATH and Malaria Partners International to partner together on these programs, should RTS,S proceed to full-scale deployment.