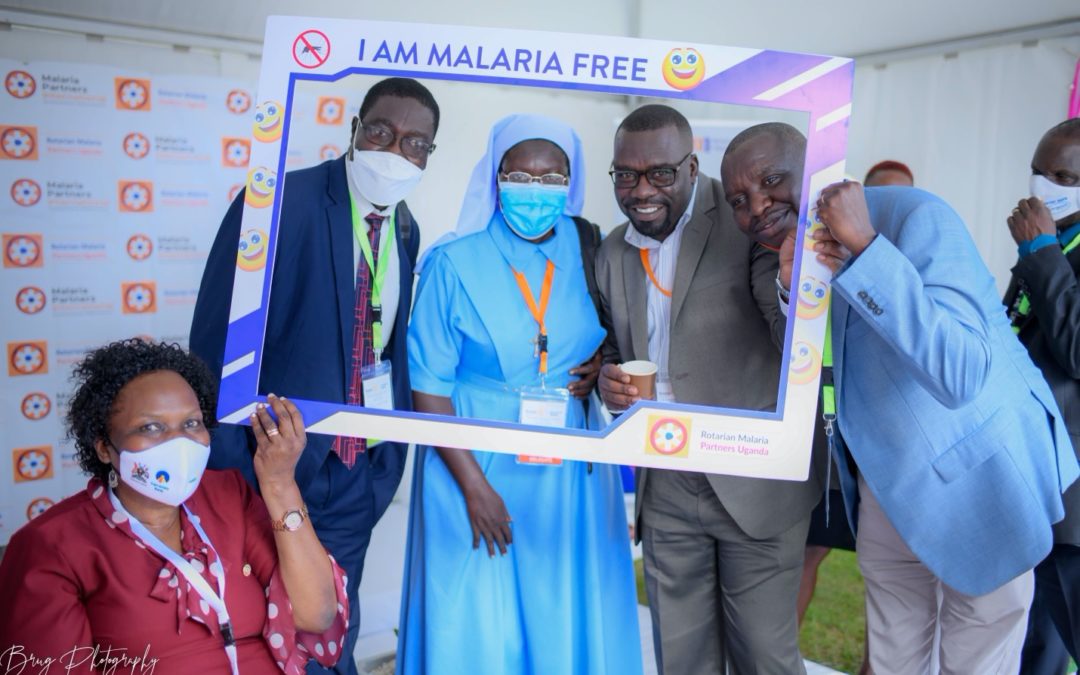 The End of an Era, Beginning of a New Dawn
District Govenor Rosetti Nabumba hosted Rotarians to the auspicious 96th DCA at Munyonyo Commonwealth Hotel in Kampala, Uganda from 21st to 24th April 2021. The major milestones were the sunsetting of District 9211 and the dawn of Districts 9213 and 9214 to be governed by John Ndamira Magezi from Uganda and Young Kimaro from Tanzania, respectively. 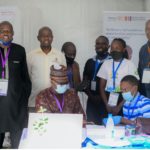 Rotary International President Representative Yinka Babalora from Nigeria sited being checked for Malaria test at the booth during DCA. Standing on his right was PDG Ken who was his Aide, The rest are Rotarians who did test for malaria too. All of them the result were negative. 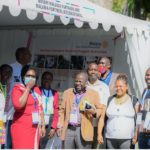 Rotarians from RC Mbale Metropolitan pose for a group photo with RMPU staff after exbition of the Market Vendors Malaria Project activities to senior leaders in rotary. In the middle is PDG Stephen Mwanje .In a red dress is Mebra who was managing the booth at that time. 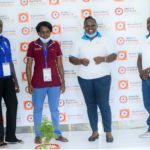 From left to right is Board Member Groria. Next is Rtn Susan from RC Arua, Next is Cynthia RMPU Program coordinator and Rtn Richard the expert in the Mosquito repellant plants seen on the sides.

With a mission to ignite a national Rotarian campaign for the elimination of Malaria in Uganda, RMPU exhibited varied Malaria prevention and control interventions at the House of Friendship, including mosquito repellent plants/jelly/soap, free Malaria testing, mosquito nets, as well as success stories of Malaria Partners International (MPI) small grant beneficiaries – Rotary Clubs of Bukoto, Arua/Arua Eco city and Mbale Metropolitan, who are utilizing VHTs in the implementation of Malarial interventions in their communities. Ombatini and Adroyi villages in Arua district have recorded a decrease in Malaria positive cases at partner hospital Kuluva from 200 to 54 in Quarter One of 2021. Market Vendors in Mbale city have received sensitization on Malaria management, screening/referral for treatment, and treated Mosquito nets through the Market Vendors Malaria Project (MAVEMAP 1). All 102 Malaria tests at the booth were negative.

The event recognized the service programs and projects of various clubs, with Rotary Club of Bukoto being awarded Best Club in Community Projects. The club is currently carrying out Larviciding of open drainages in Katanga Slum, Mulimira zone funded by an MPI small grant.