Our Phase II grant, Katakwi Rotary Malaria Project, will focus on driving malaria prevalence reductions from our Phase I global grant to below 5% and ultimately to zero through extensive village health worker household by household surveillance and on the spot interventions. This global grant is currently in a review process in District 9211 (Uganda/TZ), and then moves to a review by Rotary International’s challenge grant committee. We are pleased to report that over eleven Ugandan clubs have now joined the grant with committed funding contributions as a result of our meetings at the DCA and the great Rotary galvanizing work of the Nateete Club. We expect approval of the Rotary Challenge grant for over $100,000 within the 2018-2019 Rotary Year.

In Uganda, perennial malaria transmission occurs in 90-95% of the country and remains the leading cause of mortality in all age groups.  The Soroti Central Club of Uganda as host club and Seattle #4 as International Lead Club have joined together with other U.S. based Rotary Clubs, District 9211 Rotary members (East Africa), Pilgrim Africa, Ugandan Ministry of Health, Katakwi Health Officials, and the Bill & Melinda Gates Foundation, in a Phase II Global Grant expansion of malaria intervention and control in three sub-counties of Katakwi District, one of the most malarial areas of Uganda, addressing 48,000 villagers.

SUCCESS – In November 2016, a baseline study was conducted. In November 2017, following a program of interventions including Indoor Residual Spraying, Mass Drug Administration, insecticide treated bednet distribution and community preventative education, the same survey was completed to see what had changed.

As we’re using scientific methods to measure our impact, and because malaria is seasonal, we haven’t had results to share… until today. In the area where an innovative combination of indoor residual spraying and universal preventative treatment was used, malaria prevalence has fallen by 83%.

Only 5.8% of people are now carrying the malaria parasite. This result helps to validate the computer model predictions, the hypothesis of the research team, and the incredible excitement of the communities that are doing this work with us.

Malaria Partners International is pleased to have supported Key Biscayne (USA) Rotary’s mosquito net distribution project in Venezuela and thought that our readers would also appreciate learning about the club’s Global Grant project in Peru.   Phase I delivered 7,000 anti-malaria mosquiteros in 2017. Phase II will deliver 10,250 more PermaNet 3.0 Rotary bed-nets in 2018. February 27, 2018, the Mosquitero Project Peru ordered a full 20-foot container of PermaNet 3.0 bed-nets – that’s 10,250 life-saving mosquiteros. The nets will arrive in Iquitos in May 2018. Distribution is planned for malaria hotspots in villages along Amazon tributary rivers and in communities along the Iquitos-Nauta road. There will be opportunities for Rotary members & Rotaractors from participating Clubs to work with the Key Biscayne Club as they distribute Rotary mosquiteros in the Peruvian Amazon. Trips will be based out of Iquitos. The dates for these working trips will be available soon. 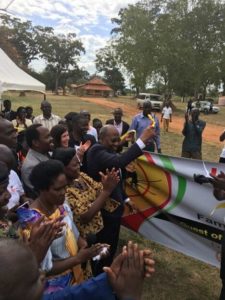 Malaria Partners International is proud to be a contributing sponsor to a Rotary International Foundation global grant for malaria interventions in Katakwi District, Uganda. The grant, “Katakwi Health Care System Strengthening and Malaria Intervention”, addresses the very high malaria burden in two highly endemic malarial sub-counties of Katakwi District, Kapujan and Toroma, impacting 35,000 villagers. The grant brings together many strong partners including District 5030 Rotary Clubs, Soroti Rotary Central Club of Uganda, Pilgrim Africa and the Ugandan Ministry of Health. In addition, the Rotary global grant has been supplemented by a generous grant from the Bill and Melinda Gates Foundation to sustain the implementation over a three-year period.

Last year, the sub counties of Kapujan and Toroma saw 40,000 cases of malaria and lost an estimated $2.6 million USD in direct costs at the household level due to malaria. The project engages all the members of these two sub-counties in a comprehensive malaria control exercise that will cut the transmission of malaria, dropping parasitemia by at least 35% and preventing at least 50% of the mortality and morbidity currently due to malaria, thereby greatly boosting the health (as well as the economic outlook) of the area. The project seeks to mobilize and educate communities, while simultaneously limiting the transmission of malaria. The work includes boosting the capacity of local health workers at the village level, by providing them training, medicines and equipment.

After receiving all authorizations to proceed from the Uganda Ministry of Health, the National Drug Authority of Uganda and other key agencies, we are excited to share the news that the Prime Minister of Uganda, together with the Minister of Health and other distinguished guests, helped to officially kick off the start of our on-the-ground project execution. The project has now completed household by household survey and mapping, malaria testing and treatment in the two communities to establish a baseline prevalence, and spraying is now in process. Simultaneously, field entomologists are quietly collecting mosquitos every night to monitor the population and parasite load. 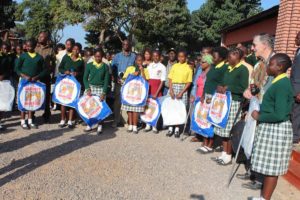 Nets for the Beacon of Hope School in Soroti, Uganda

The Beacon of Hope School is a boarding school in Soroti, Uganda. It houses 700 secondary students between the ages of 12 and 18, 350 of whom receive full scholarships.  Many of the students who come to this school do not have funds to purchase nets, yet malaria prevalence in Soroti is as high as 50%. Malaria Partners International, in collaboration with the Rotary Club of Vineland New Jersey and the Rotary Club of Bar Harbour, purchased $1,000 worth of bed nets, or 200 nets for the Beacon of Hope School. This was enough to provide nets for all students in 7th and 8th grade.

The Rotary Club of Kalulushi, the Zambia Rotary Malaria Steering Committee, and supporting Rotary clubs in the Seattle region created a partnership with Zambia’s National Malaria Control Center, the Malaria Control and Evaluation Partnership in Africa (MACEPA), World Vision and the President’s Malaria Initiative to successfully implement bed net distributions at the household level in Kalulushi and Lufwanyama Districts.  In this $945,000 project, a total of 146,100 bed nets were distributed to households, boarding schools, and health facilities benefiting more than 217,000 people, achieving a coverage rate of over 90%.  With the direct assistance of World Vision, more than 1,250 volunteers were mobilized to implement the project.  In addition, 11,500 rapid diagnostic test kits for malaria were distributed, pregnant women received preventative treatment, and public education was carried out via news reports, radio and TV spots lasting for more than three months. This was the largest anti-malaria project ever undertaken by Rotary members.

The Rotary clubs of Chipata and San Francisco (#2) led this $53,070 matching grant project, designed to prevent malaria among 11,000 inhabitants of five malaria endemic rural communities in Chipata District.  The project was launched in early July 2013 during the visit of seven San Francisco Rotary members.  It involved close cooperation from local tribal chiefs and the District Health Management Team staff.  6,000 bed nets were distributed over a six month period, combined with a test and treat campaign by district health workers. In addition, malaria awareness workshops were held for community health workers, school teachers and neighborhood leaders; roadshows on malaria prevention and treatment traveled to the target communities; and posters and media presentations were made available to educate the public about malaria. Monitoring is underway to assure proper use of bed nets and measure impact on disease incidence. 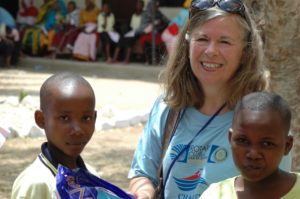 In 2013 and 2014, Malaria Partners International and the Rotary Club of Seattle joined with the Rotary Club of Oyster Bay for a one-day medical camp organized by the Oyster Bay club. Together, this group distributed over 1,500 bed nets to households in this township located just north of Dar es Salaam.

Mufulira 2 was the second phase of the $51,700 Rotary Matching Grant project designed to prevent and treat disease among 18,000 in village and town areas of Mufulira District.  Launched in July 2013, the project combined the distribution of long-lasting insecticide-treated bed nets, test and treat interventions, purchase of chemicals, and support for indoor residual spraying by Mufulira District health staff. In addition, the project provided training for community health and clinic workers in malaria case management through media, village and school presentations, and in environmental management via drainage ditch cleaning.  The Rotary Clubs of Seattle (#4 ) and Mufulira were the lead clubs for this project, with financial support from six additional clubs plus Rotary districts 5030 and 5100.  Mufulira 2 is closely coordinated with the Mufulira District Health Management Team’s malaria prevention and control action plan.

The Rotary Club of Kalulushi in Zambia’s Copperbelt Province partnered with the Rotary Club of Federal Way (D5030) in a $53,250 Rotary Matching Grant Project providing 100% bed net coverage for nearly 2,000 households in 10 rural communities within Kalulushi District.  The objectives of the project were to reduce the incidence of malaria by 50% – 70% in the target communities through the distribution of 5,400 long-lasting, insecticide treated nets and education of villagers in malaria prevention. Rotary members from RC Seattle and RC Federal Way helped distribute bed nets in 2011 and 2012 during project visits that featured homestays and fun fellowship events with their Kalulushi counterparts. Also providing financial support for this project were 5 other D5030 Rotary Clubs, District 5030 and The Rotary Foundation. 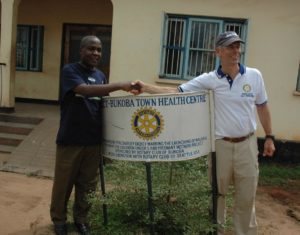 In July 2012, several members of the Rotary Club of Seattle visited Bukoba, Tanzania, a town of 100,000 people on the western shore of Lake Victoria. It lies in a region of Tanzania where malaria is endemic. The Rotary Clubs of Seattle, Sammamish, Lake Forest Park, and the Hokkaido International School of Japan joined Malaria Partners International in supporting the Bukoba Town Health Clinic anti-malaria treatment campaign, which took place from 2013 to 2015. The project provided subsidized ACT (Artimisinin-based Combination Therapy) dosages for young children and pregnant mothers. This project impacted 4,000 people in the region.

Led by the Rotary Club of Mufulira in Zambia’s Copperbelt province, this multifaceted project targeted locations of high malaria incidence. The project included the distribution of 1,000 bed nets to the communities of Twatasha and Murundu, testing 2,500 individuals using rapid diagnostic tests, and treating those who tested positive for malaria. The project also provided education on malaria prevention, chemicals for indoor residual spraying by the District Health Management Team staff, and case management training for health workers. The project objectives were to reduce malaria cases in the district by 7%, save 20 – 25 lives, and educate villagers in sustainable malaria prevention practices. Project partners included PATH/MACEPA, the Mufulira District Health Management Team (DHMT) and five Rotary Clubs from District 5030. The project was completed in 2012 with the participation of visiting Rotary members from Seattle. Monitoring of project impacts is ongoing via annual malaria reports provided by the DHMT.

In Arua District, Uganda, which is situated in West Nile region, Malaria is still the disease that tops the morbidity and mortality. Despite significant reduction of Malaria prevalence rate 65% in 2009, 45% in 2014 and 19% in 2017, there is still high attendance of Outpatient visit (OPD) and Admission in health facilities. In Vurra County, where Kuluva Hospital is located, Malaria is more prominent than in any other county in Arua District.

The Map of Uganda below shows the trend of Malaria prevalence over the years. West Nile had a significant reduction over the years; 2009 (60%), and 2014 (51%) and 2016 (25%). This effort could be accelerated and Malaria eradication in Uganda is possible.

There exists gap in awareness at household levels on Malaria Transmission, insufficient preventive measures, inadequate malaria medicines and testing kits despite global support in the fight against malaria in villages in Vurra County.

To address the identified issues, Kuluva Hospital is applying for a partnership /fund support for the programme implementation of the improvement collaborative approach to community with Malaria Partners International (Malaria Partners International) to intervene in 2 parishes of Anzu and Ombaderuku with the highest malaria burden in Vurra county and then roll out gradually in the second (2) phase. 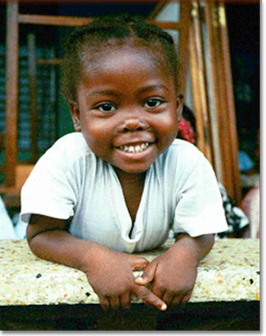 Don't Be Shy. Get In Touch.