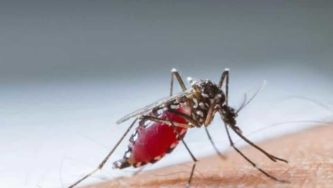 Though the incidence of Malaria has gone down by 18% globally between 2010 and 2016, rising resistance to anti-Malarial drugs threatens to undo these gains, according to the World Health Organization’s World Malaria Report 2017.

Scientists from the National Institute of Malaria Research (NIMR) in the city have developed two new drugs against drug-resistant Malaria that target a new protein not targeted by currently available drugs. The findings were published in the Nature group of journals, Scientific Report, this week. The drugs have been tested on mice with encouraging results, the study’s principal author Akanksha Pant, PhD scholar at NIMR said. Malaria is a parasitic infection spread by the anopheles mosquito; it infected 216 million people and killed 445,000 worldwide in 2016. Though the incidence of Malaria has gone down by 18% globally between 2010 and 2016, rising resistance to anti-Malarial drugs threatens to undo these gains, according to the World Health Organization’s World Malaria Report 2017.

India reported 1.09 million cases in 2016, down from 1.6 million in 2010, according to the National Vector Borne Disease Control Programme. Malaria is curable if diagnosed and treated early, with the number of deaths in India decreasing from 1,018 to 331 in the same period. When a human being is infected with the Malarial parasite, an enzyme called falcipain in the parasite breaks down haemoglobin in the blood into amino acids. The parasite feeds on these amino acids to grow and proliferate. Inhibiting falcipain cuts down the parasite’s food source. The scientists at NIMR have now targeted specific interactions called hotspots that prevent the falcipain protein from functioning normally. “There are two domains in falcipain, the pro and mature domain. When the Malaria parasite finds an acidic environment, the falcipain protein gets activated, the pro domain is cleaved and the mature domain starts breaking down the haemoglobin. Our drugs target the interactions between the two domains so that they do not separate at all,” said Pant.

Domains are basically specific and separate structural and functional parts of a protein that can exist on their own, and which are also responsible for some interactions. Targeting the interaction also means that the parasite will not develop resistance to new drugs.“The active site goes hand-in-hand with resistance. Since we are targeting the hotspots, there is hardly any possibility of resistance developing,” said Kailash Pandey, senior scientist at NIMR, the principal investigator for the research paper. Testing the drugs on human cells showed no reaction. “This means that the drug acts only on the Malaria parasite and does not cause to xicity in humans,” Pant added.

The drug needs to go through several rounds of extensive testing and human trials before it can be used on humans. The drug is effective against all four parasites that cause Malaria in humans, p. falciparum, p. vivax, p. malariae and p. ovale. In India, p. falciparum and p. vivax — these account for the majority of infections — became resistant to chloroquine, in 1973 and 1995, respectively. “We can only say that we have a new drug after the clinical trials have happened and the efficacy has been proven. There are several drugs in the pipeline, but it will be a while before they reach the market. “But we need to invest in research of new molecules and drug targets because the Malaria parasite has already become resistant to the artemisinin based combination therapy, not in India but in other countries,” said Dr PL Joshi, former director of the National Vector Borne Disease Control Programme.