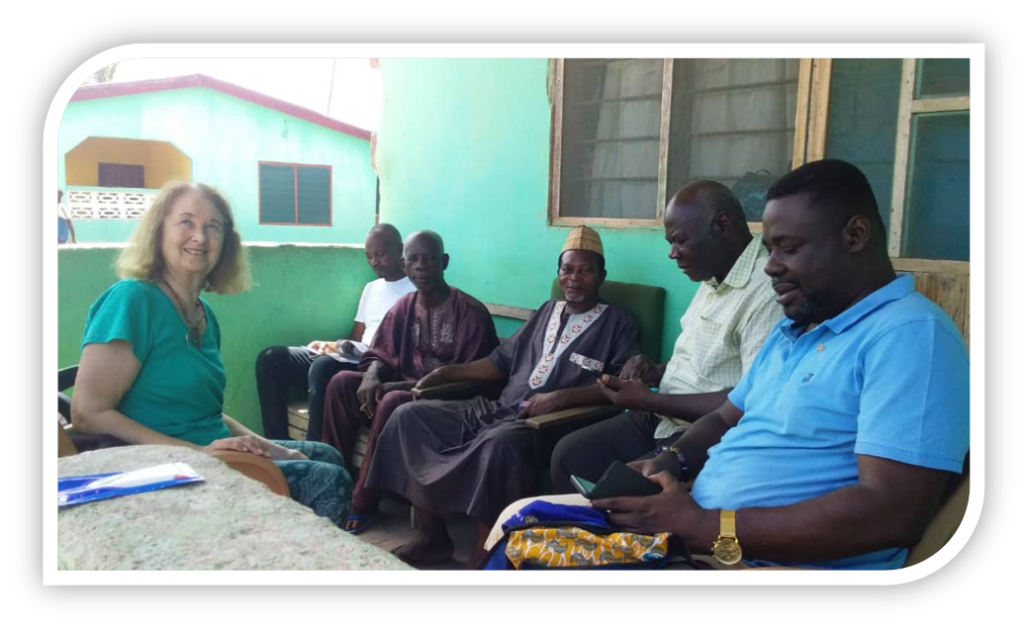 Rot. Sala Sweet (Board Member) of MPI joins Rotarians of RCWW in a meeting with Tuba Community Opinion Leaders

Malaria Partners International recently approved a grant to the Rotary Club of Weija West for follow-up Indoor Residual Spraying (IRS) in Tuba, a small village near the capitol of Ghana.  The spray is absorbed into the walls of the households and mosquitoes that land on the wall are immediately killed. The first spraying was completed in April of 2020, days before the rainy season began. Data from the nearby clinic indicates that there was a 50% reduction in malaria cases between the rainy seasons of 2019 and 2020.  The project involves, and has energized, local health care workers, District officials and the community.  Village youth from a nearby Rotaract Club were involved in registering people who wished to have their homes sprayed and in educating residents about malaria prevention, testing and treatment. Next up – training Community Health Workers to sustain this effort and expand its breadth.

RMPU, RC of Bukedea and MPI join hands to pave the road to eliminate Malaria in 100 District Primary Schools in eastern Uganda 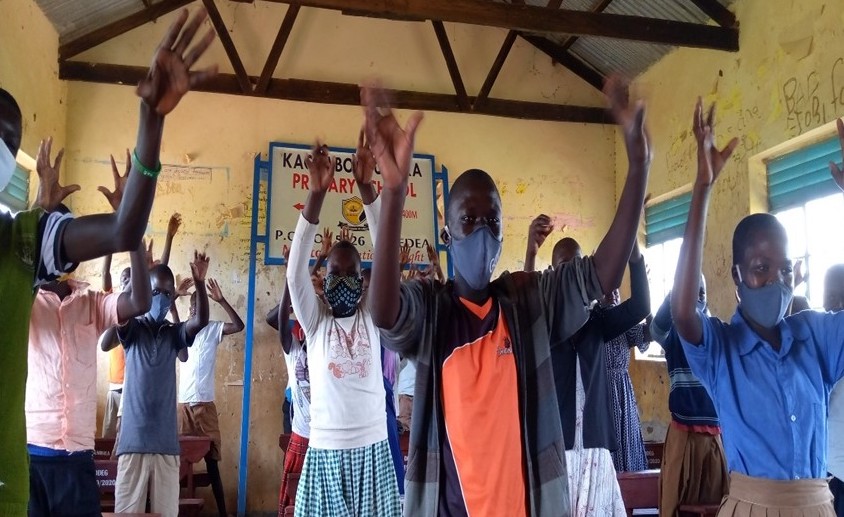 Students from a school in Bukedea

Malaria Partners International recently awarded a small grant to The Rotary Club of Bukedea, in rural eastern Uganda. This project will help the club reduce the prevalence of malaria in the Bukedea District schools. Local Rotarians completed a pilot project that studied the data from testing and treatment for malaria in level P-7 students in three government schools in the Bukedea District.  Data collected demonstrated that a majority of P7 students and their teachers tested positive for malaria. They also found that treatment with anti-malaria Coartem was highly effective and affordable.

The government of Uganda provided thousands of mosquito nets to families in the Bukedea District.  Rotarians of Bukedea Club were pleased to partner with those efforts but wanted to take it further because of their concern about the continued prevalence of malaria in their schools.