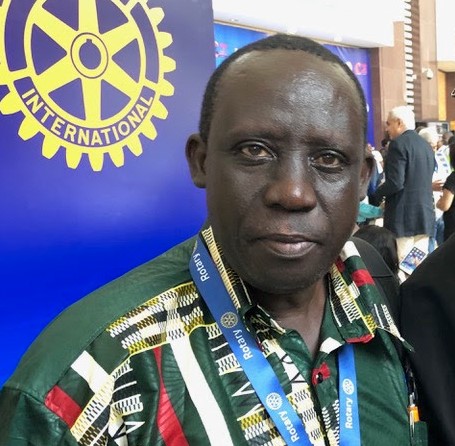 It is with deep regret that Malaria Partners International and RMP Uganda (Malaria Partners InternationalU) announce the passing of Soroti Central Rotary Club’s Dr. Joel Okalany on 1 July 2020 in Kampala, due to complications from a long illness.  Dr. Okalany was born on 23rd May 1960 in Karamoja, Uganda.  He earned his Bachelor of Veterinary Medicine from Makerere University in 1985 and his Master of Science in Tropical Animal Production and Health from The University of Edinburgh in 1995.

Dr. Okalany served as Founding Member and the first Chair, Board of Directors, Malaria Partners InternationalU. 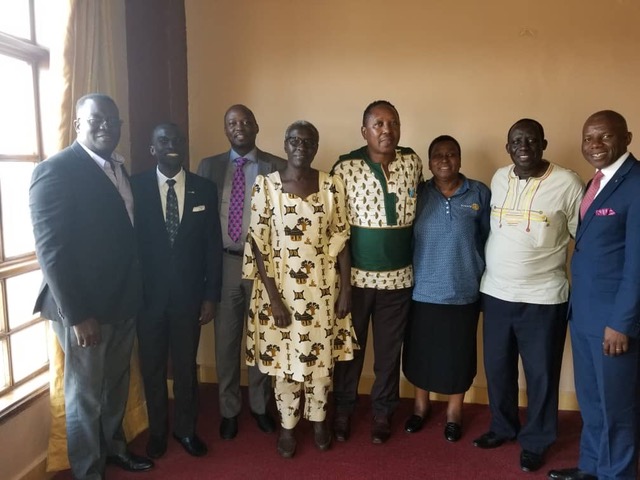 Dr. Okalany appears 2nd from the right along with other members of the Malaria Partners InternationalU Board

Dr. Okalany served as President of the Rotary Club of Soroti Central during the 2017-2018 year.  In his capacity as President-elect and then President of RC Soroti, he took on the responsibility of serving as local host club advocate for the Katakwi Rotary Malaria Project, a global grant of the Rotary Foundation.  Dr. Joel provided immense support in the design, administration and execution of that global grant project and a subsequent second-phase project, over a four-year period.  The success of these projects owes so much to his personal hands-on visitations, advocacy and oversight in the Katakwi District communities. He was passionate in both advocacy and oratory and had an immense ability to connect at all levels whether handing out bed nets to school children or working together with Health officials at all levels. 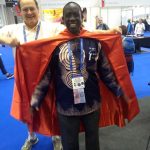 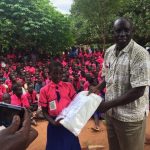 Dr. Okalany had an outstanding history of Rotary leadership culminating in 2019-2020 with appointment as Assistant Governor for Eastern Uganda.   Besides Chairing the Board of Directors of Malaria Partners InternationalU, Dr. Okalany also served on other non-profit boards including TAGA (www.trustagirlafrica.org) and Pilgrim Africa  (www.pilgrimafrica.org).

Dr. Okalany was a great friend to many overseas Rotary members who were delighted to see him at the Rotary Convention in Hamburg in June 2019.  His ‘superman’ cape captures well the character and spirit of this wonderful humanitarian who will be sorely missed (pictured above with Rotarian Drake Zimmerman of RC Normal, Chicago)

Dr Okalany leaves behind his wife, Margaret, and ten children, as well as countless other family members and friends.