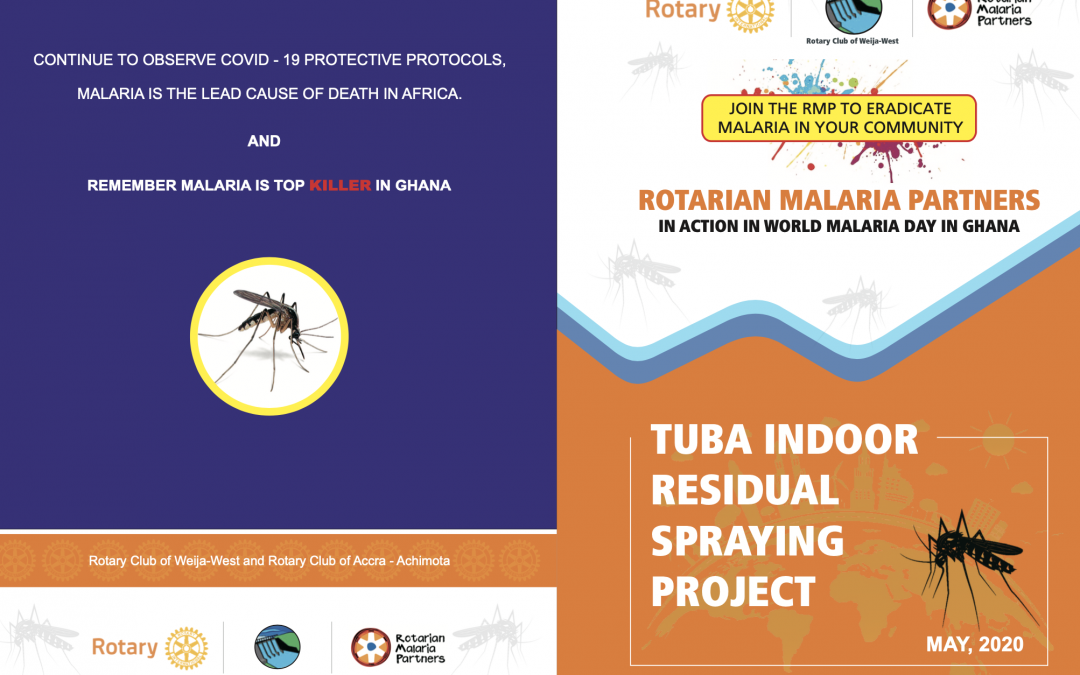 Four months have passed since the Weija Rotary Club coordinated an Indoor Residual Spraying (IRS) project in Tuba, but the Club and its partners have not been idle in the interim.   A booklet documenting the project and which encourages other Rotary clubs to join the effort is being distributed to other Rotary Clubs throughout the region. (Some clubs in Accra have resumed in-person weekly meetings, but most are still meeting via video conferencing.)  As a result of this promotional outreach, Patrick Sorkpor, Project Manager for the Weija Rotary Club, has been contacted by numerous Rotary Cubs about participating in and expanding the anti-malarial indoor spraying effort well beyond Tuba.

On August 30th the District Governor, Yvonne Kumoji-Darko, virtually attended the Weija Rotary meeting. Yvonne is an Accra resident who launched the Malaria Partners International initiative in Ghana, supporting malaria eradication in Ghana and throughout the District, which includes Togo, Benin and Niger.

Patrick Sorkpor and Sala Sweet (Malaria Partners International USA) have been in discussions about creating a Community Health Worker program in 2021, potentially modeled after Malaria Partners International and Pilgrim Africa’s CHW program in Uganda. At the same time, Patrick has been communicating with Dorothy Abudey, Malaria Director for Ghana Health Services (GHS) about developing a CHW program.