Get to Know an Malaria Partners International Board Member: 5 Questions for Frank Boosman 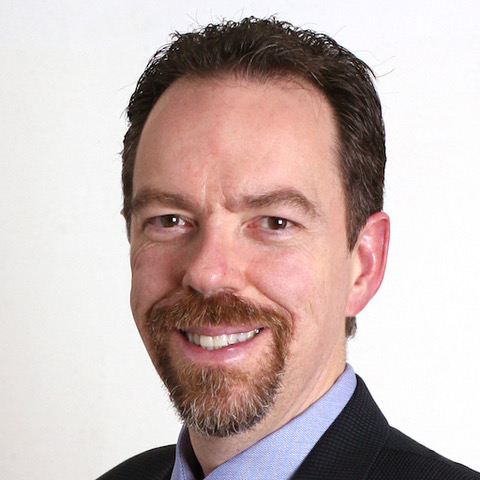 In continuing our ‘get to know‘ an Malaria Partners International board member feature, we are highlighting the rich diversity of the board and how each individual contributes to our mission.

This month we are featuring Frank Boosman. Frank is a co-founder of udu, Inc., a data startup with offices in North Carolina and Washington. A lifelong entrepreneur, his professional expertise is in project and product management, product marketing, and business development. He is passionate about planetary health, “the health of human civilization and the state of the natural systems on which it depends”, and holds a degree in environmental science. Frank is a member of the Rotary Club of Federal Way.

1) What makes Malaria Partners International’s mission (To ignite an International Rotarian Campaign for the Global Eradication of Malaria) meaningful to you?
I’d point to three things that make the mission of Malaria Partners International especially meaningful to me. First, it’s a Rotary effort. I’m new to Rotary, just since the beginning of 2018, and I did a fair amount of research before selecting them as the service organization I wanted to join. The fact that Malaria Partners International is run by Rotary members reassures me that it is and will remain focused on the right things and doing them in the right ways. Second, it’s an achievable mission—not just igniting a Rotarian campaign, but the actual eradication of malaria itself. Just as humanity eradicated smallpox, and are on the verge of eradicating polio, we can do the same to malaria. Third, I believe with all my heart in something that Bill and Melinda Gates say quite often: that every life has equal value. Malaria is easy for many in the developed world to forget about since it’s practically non-existent where we reside, but the lives it affects have equal value to our own.

2)  How does your current role tie into your role on the Malaria Partners International Board, if at all?

I just joined Amazon Web Services a few months ago, so I’m still trying to figure out the answer to this one. My hunch is that to the extent they do tie together, it will have something to do with the fact that no entity in the world stores, processes, or transmits more data than AWS, and it’s going to take every bit of data we can get to reduce and eventually eradicate malaria. 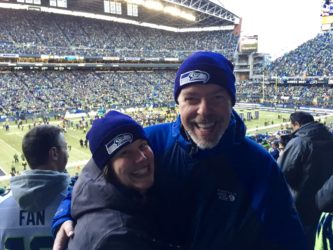 January 18, 2015. My wife JoAnn Debo and I celebrating the end of the greatest football game in history: when the Seahawks came back from 19-7 with less than three minutes to play to beat the Green Bay Packers in overtime and go on to the Super Bowl.

3) When you’re not working, how do you like to spend your time?
The first thing that comes to mind is studying. Carl Sagan used to say that the brain is a muscle, and it feels good to exercise it. I find myself studying more, not less, as I age. I was a college dropout before my career in computer software and services, and went back to get my BS in environmental science at age 52, graduating last year. I enjoyed that experience so much that I started on a Master of Public Health program at the University of Edinburgh, also last year. I’ve had to take a leave of absence while I get settled in my new job, but I plan on restarting next year, and in the meantime, I now have a Graduate Certificate in Public Health, which is part of the reason I wanted to become involved with Malaria Partners International.

4) What’s a story of yours that you don’t get to tell often enough?

Over 20 years ago, two friends of mine and I were invited to Oxford to dine at the home of Richard Dawkins, the famous author and evolutionary biologist. I had just read the book The Hot Zone, the true story of the then-recent history of Ebola virus and related diseases. Richard hadn’t read it, so I described the opening chapter to him, in which a person with an advanced case of Ebola is put on a small plane to travel from a remote village to Nairobi to seek medical treatment. It’s a terrifying thought, a disease that lethal on a plane full of passengers. This led to a discussion in which I asked Richard if it were possible for a disease-causing organism to evolve specifically to take advantage of the specific physical characteristics of aircraft ventilation systems. He thought about it for a moment and replied, “I can’t think of a reason why not.” You can’t un-read that! Sorry!

5) What is one way you think malaria elimination can be achieved?
I’m probably most excited by techniques based on gene drive: the idea that we can engineer mosquito DNA to create “selfish genes” that persist across generations even though they’re not beneficial—or are even harmful—to the species as a whole. This holds the promise of simply eliminating malaria-transmitting mosquito species, or rendering them unable to transmit malaria. As an environmental science major, I’m well aware of humankind’s history of meddling with nature, whether introducing new species or eliminating (deliberately or accidentally) existing species, and how badly that has gone. But we have a decade or more before gene drive technology is ready to work through the ethical implications of deploying it. I believe that we can have a thoughtful, multi-year, global conversation about this and end up making the right decision for the right reasons.