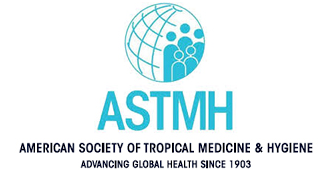 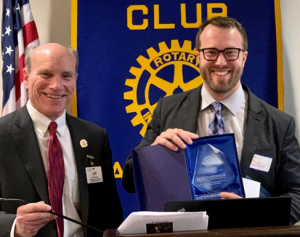 Jeff Pritchard (left) presents Philip Welkhoff an Appreciation Award from the Rotary Committee for Malaria Elimination in The Gambia.

Malaria Partners International representatives Adriana Lanting and Jeff Pritchard journeyed to Washington DC in late-November in conjunction with the American Society of Tropical Medicine and Hygiene (ASTMH) Conference; a gathering attracting over 4,500 health care professionals from around the globe.

Prior to the Conference, Adriana and Jeff were able to meet with other groups engaged in malaria elimination to share best practices and explore effective means of collaboration for work in sub-Sahara Africa.  Of particular note that included: